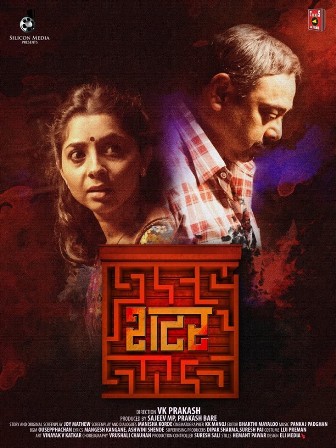 The Marathi movie buffs can definitely look forward to the release of the movie shutter which is basically the remake of its Malayalam counterpart. The duo of director V. K. Prakash and the actor-producer Prakash Bare had joined their hands to give the shape to this brainchild of them. The teaming up of this duo shall definitely stimulate interest to witness how the movie does in its Marathi variant.

The gritty tale for the movie in its original Malayalam version that evolved round a woman and three men had sufficed to create waves and bag several awards. Therefore people would definitely be eager to check what happens to the fate of the movie in its Marathi version. Sonali Kulkarni, the famous face from the Marathi and the Bollywood industry had been chosen to stage the role of “Sajitha Madathil”. This role had been the sheet anchor to the movie while it was made in Malayalam. The castings to the other important roles had been made with faces like Radhika Harshey, Sachin Khedekar, Jaywant Wadkar, Amey Vagh and Kamlesh Savant apart from the producer utilizing his acting skill for the movie. This movie shall mark the debut of V. K. Prakash into the arena of the Marathi film industry with his record of directing movie in five different languages prior to it.

The course of discussion with the producer discloses the reasons for which he teamed up with the director for the movie. As heard of him, both of them have the desire to enter the arena of Marathi film that they found to be going through a great creative phase.

This movie shall be produced under the banner of the Silicon Media with the association of Trends Ad Films and Sajeev M.P. as its co-producers. With a team of this caliber, the director has every reason to be optimist on the success of the movie.