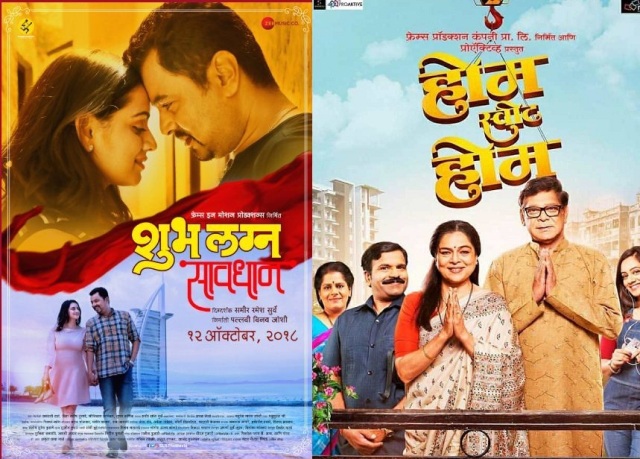 The M Town had two films to release last week, which include Shubh Lagna Savadhan and Home Sweet Home. Well, let’s talk one by one and understand the way these films have performed over the box office in the past one week. Let’s start with the movie Shubh Lagna Savdhan, which had a decent opening in the first weekend but as the week days came the film dropped down and went on to score less giving not much bigger figure to the box office. The film was able to do a decent business and that will make you feel loved about it for sure. Even the response seems to be good about the movie, the figure was not that the one which we expected claimed the makers of the movie.

Talking about the collection, the film managed to score around 1.20 Cr on the very first day of its release. And as the first weekend passed, the film ended up making 4.50 Cr from the second and the third day of it release. However, as the film entered into the weekdays, the collection dipped down and did not perform the way it should have been. The content of the film happens to be good and the audience has applauded as well during the weekend. As per reports, the 1st week collection for the film went to score around 7.70 Cr, which is decent but not impressive as the makers were expecting more. Let’s talk about the other movie Home Sweet Home.

The film however failed to score higher than the above film. The movie has gained around 0.30 Cr on the first day and then it scored 1.40 Cr on the first weekend as well getting low figure against the expectations. May be the reason was the stiff competition from the other film and now we have something really low figure at the end of the first week. As per reports, the first 4.30 Cr, which is not a pleasing figure for the makers. Though the critics have given good reviews to this film yet it has failed to garner the kind of response and the collection over the box office.