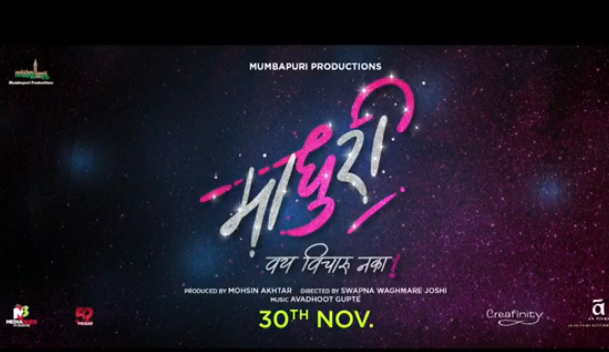 The M Town is now going ga-ga from the regional and B Town entertainment industry. And all credit for these applauds goes to the M Town film scripts and the star performances along with others that seemed to work for this cinema and people who had trust in it. Well, we saw recently, the B Town and M Town actress Urmila Matondkar back in news when she had announced her upcoming movie in Marathi called ‘Madhuri’ on the social media. At one go, everyone thought that the film stars the actress Urmila in the lead role, but later we realised that the movie stars Sonali Kulkarni the the versatile actress in the pivotal role!

Yes you heard it right, we have Urmila Matondkar’s husband who is carrying forward this venture. Her hubby better known as the Founder and CEO of the company called‘ Mumbapuri Production’s has taken plunge in the industry which talks about the love and a special connectivity with the Mumbai city. Whenever you get the chance to showcase your work being an artwork then it is often required to have a special connection and then you get to see some spark and the connection between this man Mohsin Akhtar Mir and the M TOwn film based on Mumbai. So, be prepared to see the gorgeous artwork through the medium of ‘Madhuri’.

The film happens to have a good message along with having rich content in it as it deals with relationship of love between several people including Urmila and would be able to connect that relationship with the audience as well. Thus it has all the potentials to blossom. Moreover we have also seen the actress Sonali Kulkarni teaming up with the first Marathi film being a producer to simply entertain the audiences! Stay tuned to know more about it and yes do not forget to share your views on it.