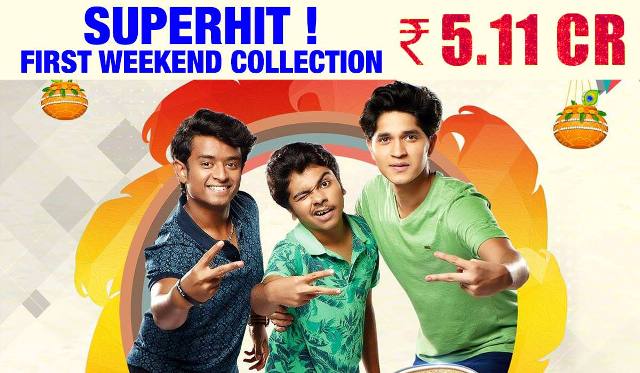 The M Town film Boyz 2 seems to have embarked over the box office with a bit of storm gaining a decent collection when it came on it in the first weekend. However, the gleam of the film started fading down as we saw the movie doing a little bit of business. The film was reported with a decent content and had something really interesting to share before the audience. Also, the audience had applauded the film for its quality of content and the way it has given the story to the audience. The other reason why it worked well was the presence of a decent star cast having Sumant Shinde, Pratik Lad, Parth Bhalerao, Onalissa, Sayli Patil, Soham Kalokhe, Shubhangi Tambale, Yatin Karyekar, and Akshata Padgaonkar in the lead roles.

Also, the banner that brought out this film called Eros International & Everest Entertainment that came in the Association with Avadhoot Gupte that created some amount of buzz in the media. The film collected 1 crore on the first day and then went on to score around 3.5 Cr on the first weekend. However, as the days came forward of the weekdays it faded down the collection reaching on an average of around 0.3 Cr on all these days. However, as the other M Town films hit the screens like Home Sweet Home and Shubh Lagna Savadhan, the film ended up getting no response from the audience.

As per reports, the film Boyz 2’s collection over the box office has been meager, which is not less than 11.20 Cr.  However, if you look at the prequel of the film of Boyz franchise in the M Town, it had similar story to tell. Like the sequel, the movie has scored similar figures at the box office. This time the filmmakers have embarked upon with a competent story and film worthy catching up a decent content that make things encouraging for audience. So, overall, the pictured seemed okay for the film Boyz 2 in terms of collection though it has won a decent applauds from the critics for its story and content.