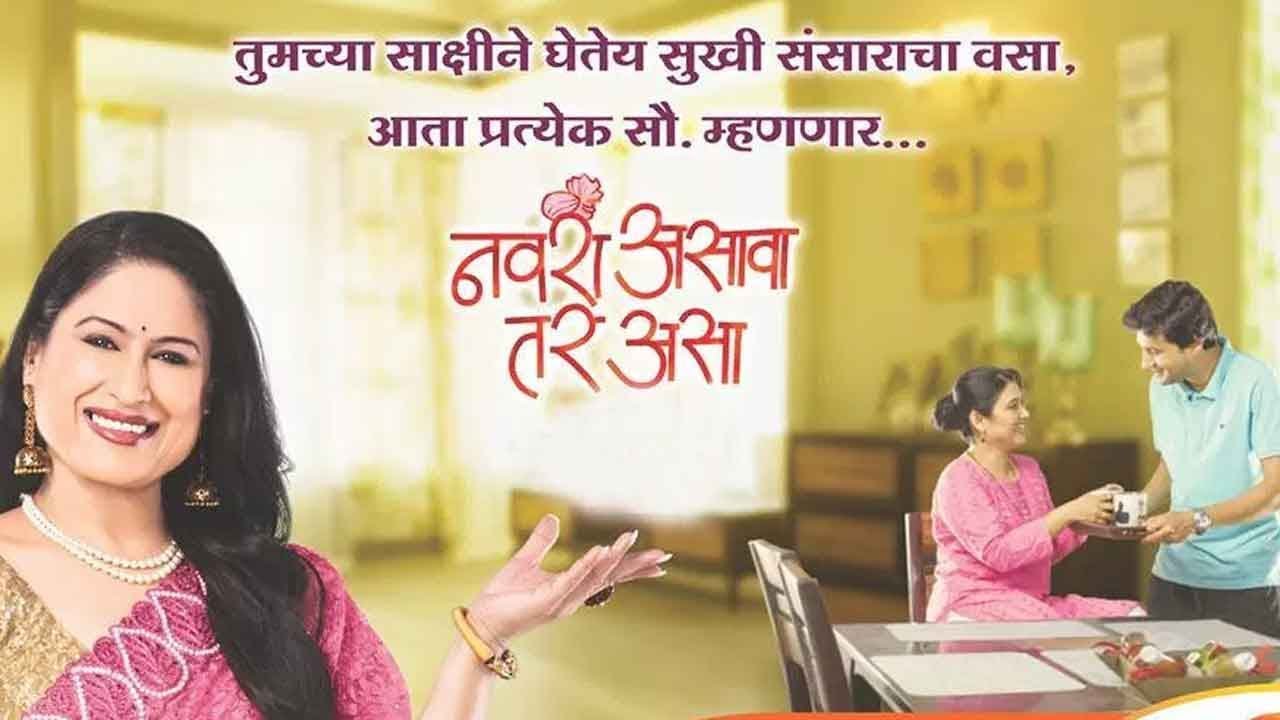 Producer – still to be disclosed

Synopsis: The TV show called Navra Asava Tar Asa happens to be a TV show which falls under the category of reality TV. The TV show will be aired on the popular channel TV called Colors, which will be aired at 6.30 pm and would be aired from Monday to Saturday. The show deals with calling young and old married couples and they are being discussed on various issues. The ladies seem to be on the command and they order their men to to things. The husbands have to fulfill the unique and interesting desire of their wives in teh show to prove their love and commitment.

The show is hosted by the known face of small screen i n Marathi called Harshada Khanwilkar. The makers have released the teaser which is catching up the fire in the media to create a decent buzz in the media. Let’s see how things would go but the moment things are under control and would go great guns Navra Asava Tar Asa, which is regarded as the one-of-its-kind show that willl offer the golden chance to all the husbands of their wives to make them feel proud. The show will also be aired at the streaming channel as well. Let’s see how things would go but at the moment it is going great guns. You can share your views on this and let us know what do you feel about it. Also, don’t forget to stay tuned with us to know more about this show and others.