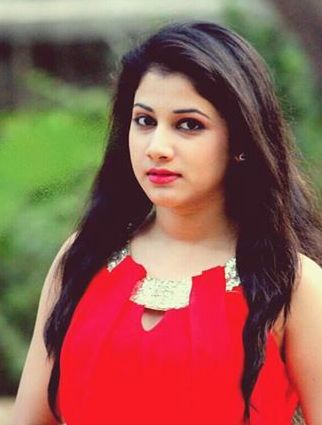 Sayli Sanjay Patil is an Indian actress who hails from M Town industry. She was born on 6th August 199 in Thane, Maharashtra, India. She did her schooling from Thane along with the Junior College. She then completed her Bachelor of Engineering in Electronics Engineering from the University of Mumbai studying from VIT College, Mumbai. Since her school and college days, she has been active in participating in a number of cultural activities. She remained active in Ganesh Utsav participating in different dance and other competitions making her get into this domain. Before entering into the world of acting, she was seen participating in the local beauty pageant wherein she was seen getting the runner-up for the Maharashtra Times Shravan Queen in Thane.
This soon followed her career in the acting world once she completed her studies.  She got her first break in the TV show called Ganpati Bappa Morya as Devi Parvati, which was aired in Colors Marathi in 2016. The TV Show was produced under the banner of Mahesh Kothare Productions. She soon got another TV Show called Assa Sasar Surekh Bai playing the character of Jui, which is yet another Colors Marathi TV series. In a short span of around two years, she has garnered a good buzz about her persona in the small screen world. She is been often applauded for her work and jovial nature.
In comparison to her on-screen image and character, she is very much lively and bubbly girl in real life and loves to make the environment happy and cool. Talking about her favourite actors in B Town, Salman Khan and Ranbir Kapoor remain her favourites, while she likes Alia Bhatt and Madhuri Dixit in the list of actresses in Bollywood. Her height is 5 feet 3 inches, while her hair colour is Black, while she likes Red colour and she loves dancing and listening to music. Talking about her personal life, she is still single and not willing to mingle into any kind of relationship as she is currently focusing on her acting career. Stay tuned to know more about the actress and others only with us.