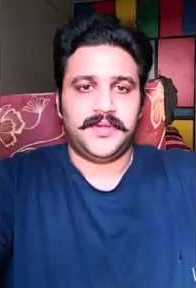 Shrikar Pitre is a known face in M Town. He hails from Pune wherein he was born and brought up at. He was born on 15th June 1986, while he did his schooling from Abhinava School. He then did his college from Marathawada Mitra Mandal college science and commerce Thergaon Kalewadi Pune doing his bachelors of arts from Pune university. He then headed to Mumbai to become an actor and with a bit of struggle got the chance in working in some commercial ads. Since he had the background of theatre, he kept on doing a couple of plays in Marathi, which soon opened up the ways to TV shows.

He then a couple of TV shows along with getting a couple of Marathi movies with smaller roles, however his bigger role or main lead role came with a TV show called Love Lagna Locha, which happens to be a newly released TV serial from the newly launched TV channel called Zee Yuva. As far as her his personal life is concerned, he is married to his old friend Poorva Saraswat who has worked with him in a couple of plays and TV show.