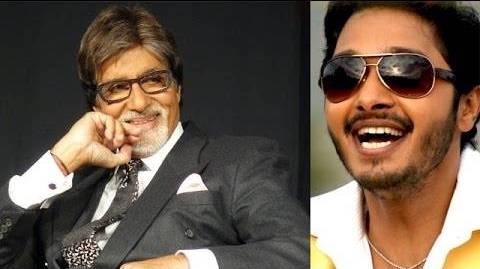 Shreyas’s film Baji was recently in news for being a superhero flick for which he transformed his physique. The actor who recently tasted success as a producer of the Marathi film Poster Boyz, is now playing the role of a superhero. Interestingly, Amitabh’s film, releasing on the same date, has a similar subject. Shreyas’ Baji and Amitabh’s Shamitabh are the two films gearing up for release in February 2015.

Baji and Shamitabh both are in the post production stage and are ready for promotion. Shreyas is seen with his eight packs in the movie. This will be Shreyas’s new film as a hero after a long gap. Amitabh’s look is also interesting in Shamitabh.

Poster Boyz, produced and directed by Shreyas came out in August and was received warmly by the Marathi audience. Now the actor looks forward to his next release as actor titled Baji. Shamitabh and Baji will be a treat for the audience on 6 February 2015.