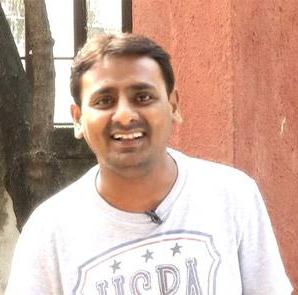 Sagar Karande is a known actor from small and big screen in Mumbai. He hails from Nasik wherein he was born and brought up at. He was born on 1st January 1980 in Nasik. During his school and college days he remained active in cultural activities and known to mimic a number of actors from B Town and other celebrities. He is also known for his comedy acts and used to mimic in public domains making his foundation for his career. So, despite being an engineering student, he went on to get attached to a theatre group, which gave him an opportunity to act in different plays hence when he shifted to Mumbai to continue playing in different plays.

As said he did plays, so some of these include Just Halka Fulka and Ganpati Bappa Morya. And while doing these plays, he got the opportunity to enter into TV world, which include the TV Show at various channels. It started with Dhinka Chika followed by Comedy Express wherein he was seen in different characters. He also anchored in different Marathi award shows, Fu Bai Fu and Chala Hawa YeuDaya wherein he again played different roles in the said TV show. Soon he got the chance to work in silver screen in M Town. It all started with the TV serial called My Hindu Friend, Ek Taara, Chal Dhar Pakad, Fakt Ladh Mhana and Kutumb. As far as his personal life is concerned, he is married and the couple has a cute daughter.