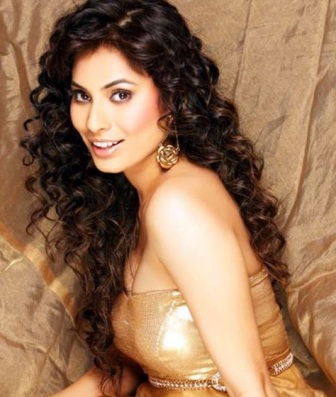 Manisha Kelkar is not an unknown name in Marathi Film world. She is an actress of both Marathi and Hindi TV serials and Movies though known more for the former than the latter. She was born on 26th January 1986 in Mumbai wherein she was raised. She comes from a filmy background as her father worked as a screenwriter, while her mother is a classical dancer who was seen in a number of Marathi and Bollywood movies. She has done her schooling from Bombay followed by doing her graduation in Microbiology and finally went on to do her PG degree in filmmaking.

As she comes from a filmy background, her career choice was decided way before she started thinking about it seriously. She debuted in Marathi film called Bhola Shankar in the year 2000 as a child actress. However, her career as adult was seen in 2007 when she turned 21 to do her first Marathi movie called Hyancha kahi nem nahi. This followed another called Ghartya sathi Sar Kahi the very same year. Her first B Town film was Lottery in the year 2009. Some of her Marathi movies include Mission Impossible in 2010, Mazha Mee in 2013, Vanshvel the same year along with Bandook.

Some of her recent films include the Marathi film called Chandrakor in 2015 and the next called Facebooked, which is yet to be released. Apart from seen over the silver screen, she is also a known anchor of a number of shows. Some of the award shows she hosted include Asian Film Festival, Marathi Film awards, Cricket World Cup on Zee Marathi channel and the comedy show called Comedy Express.  Besides, she has also done one reality show called Zhunj Marathmoli. As far as Manisha Kelkar personal life is concerned, she isn’t dating anyone as considers focusing in her career more than anything.