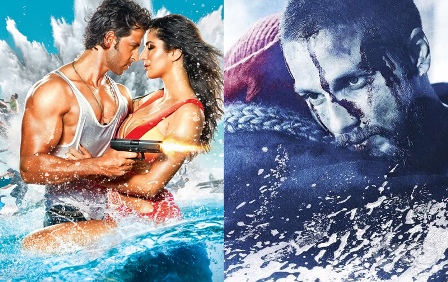 It is the day of two big releases in Bollywood. On the day when other film makers stepped back from releasing their films fearing compettion, Satish Rajwade went ahead and released his much ambitious project Saangto Aika . This Sachin Pilgaokar starrer was in news for some time for bringing together the two bright talents in the Marathi industry Sachin Pilgaokar and Sathish Rajwade. The well promoted Saangto Aika is the only release in Marathi this week alongside Hrithik Roshan starrer, the much hyped Bang Bang and Vishal Bharathdwaj’s Haider.

Expectations are high from Saangto Aika for its director Satish Rajwade has impressed his audience before this with films like Mumbai Pune Mumbai and Premachi Ghosht now with Sachin Pilgaokar uniting with this accomplished director, the audiences and critics are keenly looking forward to the movie.

Recently the music release of ht film was in news for the presence of Salman khan on the occasion. The music succeeded in making waves and a laavni song sung by Urmila Dhangar got highly popular among Marathi music lovers. It is after a long time that a laavani song has become a hit. Sanskruti Balgude has a lead role in the film. It is the first lead role for the actress.