Ravi Jadhav back with Timepass 2 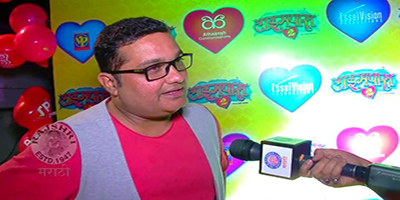 After the grand success of Timepass, Ravi Jadhav, Mr. Perfectionist of the Marathi film industry is back with its sequel Timepass 2.

Slated for a release on Maharashtra Day, this movie will take the plot of Timepass ahead. Timepass is lightly inspired by ‘Knocked Up,’ a bestseller novel by Shaiju Mathew. The story revolves around two teenagers who fall in love, but the movie ended with the families shifting to different places. The lead roles for the movie had PrathameshParab and Ketaki Mategaonkar playing the lead roles as DagduParab and Prajakta. The innocent yet power packed performance of these young stars was highly appreciated by the film critics and also by the audience. And this made Timepass the highest-grossing Marathi movie last year with the 33-crore mark. However, Lai Bhaari broke its record. The movie was also given amazing reviews by The Times of India and Daily News and Analysis.

But in Timepass 2, the story will be taken forward by Priyadarshan Jadhav, Priya Bapat, who are the new leads playing the protagonists Gagdu and Praju.

The awesome story line revolving around first love, a great director who pays attention to every detail and an amazing cast who will be giving a powerful performance, along with the mix of soothing and sizzling music makes this movie a must watch for all the Marathi movielovers.

Don’t forget to book tickets for yourself and your familyfor the much awaited romantic comedy movie Timepass 2 in advance, which is sure to win your hearts once again.