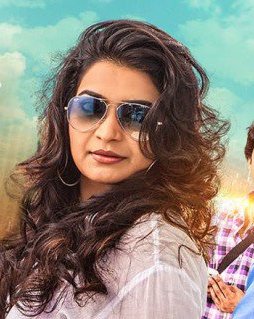 Rajshri Landge is a popular name in Marathi Films. She hails from Pune wherein she was born and brought up at. She did her schooling and college from Pune and after completing her studies, she headed to Mumbai to pursue her dreams in acting. She hails from a non-filmy background, which added some amount of difficulty to enter the acting world. However, she entered this world it was no looking back. She love acting hence was seen active in cultural activities making things it simple to be the part of theatre group.

She did a couple of plays with different theater groups, which paved the way for her to M Town film. She got the chance to do her debut with the film called Gadhvacha Lagna in 2014 followed by another M Town film the following year called Citizen wherein she was seen in the lead female role. Now, she has been roped in for another Marathi film, which is a cinematic version of the Marathi play called Tee Phulrani written by Late Pu La Deshpande.  She would be doing this film with the actor Subodh Bhave who is playing the male lead.