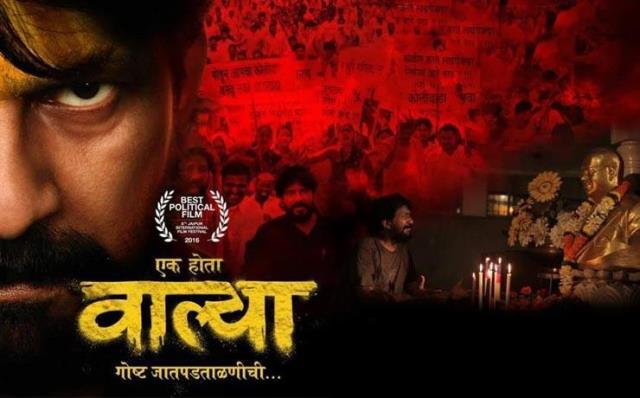 Of late, the M Town seems to be embarking with content rich films for its audience that has made the film to enter various film festivals getting new audiences for the films. Unlike a couple, the Marathi movie called Ek Hota Valya recently seen bagging the best political film at the recently concluded 8th Jaipur International Film Festival commonly known as JIFF.  The movie is a production of versatile filmmaker called Sharadchandra Jadhav who has directed the film and has also written the screenplay and lyrics of the film. Besides, he is also seen playing the lead actor in the movie.

The movie is gearing up for its release this month has a couple of stars including Priyanka Sasane, Arwind Dhanu, Nandkumar Patil, Yashwant Joshi and several other new stars. The film is produced by the duo producers – Mukesh Tomre and Agastyanag Jadhav. A number of films in M Town, which have been applauded for political subjects, include Sinhasan, Samna, Sarkarnama, Vazir and Pudhari. Ek Hota Valya managed to get the heed of the audience and judges in the film festival. With such more movies adding up in M Town, one can find other Marathi films too competing with other films in different film festivals

Previous Ganvesh to be shown in various schools
Next Rajshri Landge