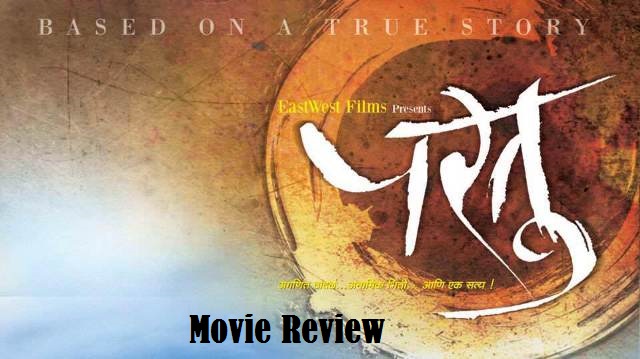 Amidst  a number of movies released this Friday in Marathi world, Partu is one of them. The film is produced by Nitin S along with others, while it is directed by Nitin Adul and made under the banner of EastWest Films. The story and music for the film comes from Nitin Adsul and Shanshank Powar respectively. The lead and supporting actors for the film include Kishor Kadam, Navni Parihar, Smita Tambe, Yash Pandey, Gayatri Deshmukh, Saurabh Gokhale, Anshuman Vichare and Ravi Bhushan Bhartiya. The photography is carried out by Sanjay Khanzode, while the art direction is done by Girish Kovalekar. Now, let us now dig in deep in order to find out the crux of the film as under:

The plot of the film is based on a true story of a seven year old boy from Rajashthan called Prithvi. He comes with his family in Bombay city hearing lots of charms in the year 1968, however, when reality finally dawns down to them, the family returns to their ancestor’s place Rajasthan. However, when is returning home, he gets lost in the rush of the city leading to a train, which eventually goes to Ahmednagar. There he finds a family of a poor famer called Lakshan played by Kishore Kadam. He and his family welcome this boy in their joint family. After a brief search for Prithvi’s family, he has to give up his attempt due to the scarcity of resources and money.

He is exposed to a new tradition and culture, which he learns and adopts soon to become the part of this new family. After 17 years in 1985, this young boy is a smart man who is married to a girl from the same town and culture. One fine day, the entire family goes for a pilgrimage when the poor famer comes to know the real family of Prithvi. Soon, Prithvi is back to his lost family, however, he and his wife finds difficulty in adjusting between the two families – the adopted and the lost ones. So, how this man does comes out from this dilemma with his newly wedded wife in a different culture is interesting to explore.

The story is simple and speaks about the reality, which has occurred with one of the family coming to Bombay in the late sixties. However, it has nothing more than that than the usual masala one finds in today’s film. It was neatly portrayed the reality of a child who got lost in the rush and eventually being found out by a family of a poor farmer who nothing but the love for him. Thus to expect much from the film is usually a bad deal from the audience. You have various shades of emotions being portrayed in the film with perfection and care. Thanks to the skills of the director who has managed out to unleash the same from most of the actors in the film. however, you still can find a couple of flaws in it. One of the major ones include the running time as it take loads of time to unfold the film. Also, you can find a number of loose tracks, which could have been done away with. Hence you can find the film being losing its direction, which never comes back. Lastly, the slow tone of the film really hampers the good screenplay and acting of the actors.

The film has a decent cast, right from Kishor Kadam to others in the film. Both Kishor Karam and Smita Tambe are able to portray the best over their emotions over the silver screen. You find Navani Prihar shining in the small role give in the character of Prithvi’s mother. Similarly, Saurabh Gokhale is seen getting an edge with the good character being given to him after a long gap. Soham though is seen in her acting acumen, but she remains at ease in front before the camera. Well, there is not much to say about the music and tracks found in the film. They appear to be usual unlike any other film of similar subject. The same is the story of the screenplay and performance, which seemed breaking up due to the very slow pace of the script. So, despite having all the content, the film failed to showcase itself the best before the audience.

Partu is essentially a movie of a lost child who ends up going to a new family of different culture and creed and finally reunites after one and half decades to his original family from a different clan and culture. You can find various shades of emotions in the film with weak presentation hampering all together the tone of the film making it too boring and eerie at the end. In fact, this very flaw has hampered a number of other things as well, which include hampering the performance and several other elements that can made the film upside down to make it really big before the audience.