Pallavi Subhash and Aniket Vishwasrao are Broke Up 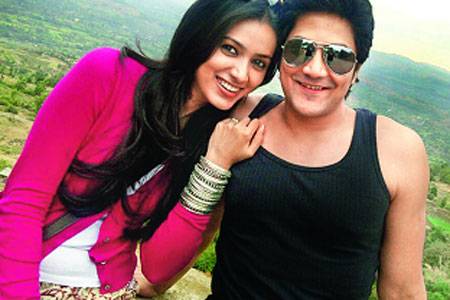 They were one of the most adorable couples of Marathi film industry. But sadly, they are not together any longer! We are talking about Pallavi Subhash and Aniket Vishwasrao, the two lovely actors in Marathi film industry who were together for long time. For sometime, there were reports of their split up but neither of them was ready to talk about it. But finally, Pallavi decided to put all the reports to rest and came out to confirm that the couple has indeed called it a day.

Pallavi Subhash’s film Happy Journey released last week and Aniket’s Bol Baby Bol released a couple of weeks ago. The two young actors are doing good in their respective careers. Pallavi stated that like all couples who go through the difficult phase of break up, they too are trying to come to terms with the situation. Pallavi was reportedly disturbed because of the break up but the pretty actress refused to give away the reason for the split.

Pallavi said in a short interview that she deserves her piece of privacy in this matter. She also revealed that Aniket and she still continue to be good friends and supportive of each other. Post the split, the two actors wish the best for each other.