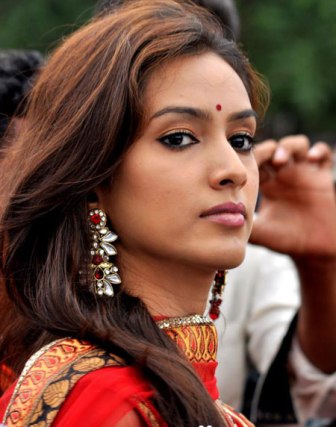 Pallavi Subhash is a popular face on Hindi and Marathi television. The pretty model turned actress has a charming smile that exudes simplicity and modesty. She has an attractive stage presence and a slender figure that brought her many modeling assignments in the initial phase of her career. While she was still busy studying law, she was attracted towards acting and started her career with Marathi plays. Soon she stepped into television serials. Many popular roles were to come her way thereafter. She became the face of one the protagonist of the renowned Tv serial production company Balaji Telefilms. She essayed the lead role of Gauri in the popular family drama , Karam Apna Apna. Her character was that of a simple small town girl married to a higher class boy. Gauri goes through rejection from her husband but stands through all odds with her values and faith in love. The character became one of the most popular ones on the television in its time. This paved the way for many similar roles and projects for this beautiful girl.

She was offered serials in Marathi and Hindi at the same time. Few of her popular Marathi serials include Guntata Hrudaya He. In Hindi she got popularity with serials such as Basera, Karam Apna Apna, Godh Bharai and Mahabharath.

Stage plays and advertisements came her way. She starred in the popular advertisement of Cadbury and Lifebouy. Her first break in Marathi films came with Kunku Zale Vairi in 2005. Pallavi ‘s simple yet glamorous looks earned her leading roles in films such as Premsutra, Asa Me Tashi Tu and Om. She was also nominated for a few awards for these performances as well. More often she has essayed the roles of homely and simple roles in her Marathi ventures.

In her decade long career in the television and film industry, Pallavi developed a long standing relation with a popular and handsome actor in Marathi, Aniket Vishwasrao. The two share a wonderful relationship and camaraderie.

In November 2014, Pallavi played a pivotal role in the Sachin Kundlakar directed film Happy Journey. She acted alongside Priya Bapat and Atul Kulkarni, whose love interest she played.