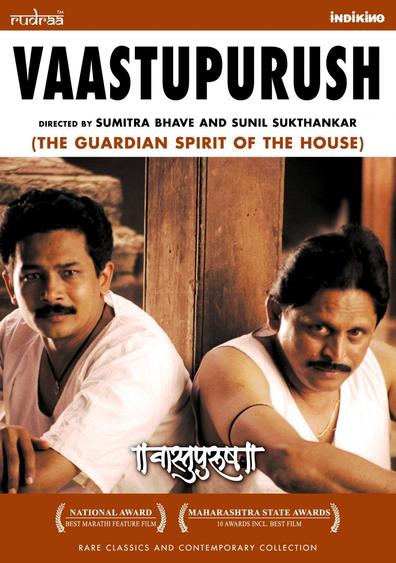 Vaastupurush is directed by Sumitra Bhave and Sunil Sukhthankar. The film was one of the most acclaimed films in Marathi cinema of the decade. It received the award for best Marathi film in the year 2002. Sadashiv Amrapurkar gave an intense performance in the film that had other major roles played by Uttara Baokar, Sidharth Daftardar, Mahesh Eklunchwar, Atul Kulkarni and Ravindra Mankani.

Amrapurkar who passed away on 3 November 2014 due to heart attack left an indelible mark on the audience through the film. He plays a pivotal role in Vaastupurush.