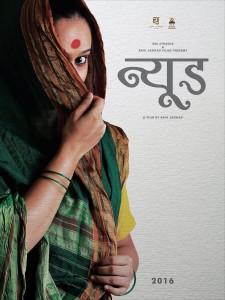 Synopsis: Ravi Jadhav, the man behind directing popular films like Timepass is now back with another M Town film called Nude. The film is produced by Ravi himself in association with Zee Studios. The film has Chhaya Kadam, Kalyanee Mulay and Madan Deodhar in the lead roles. And the film has been in the media discussion considering its subject and the unique title, which the M Town films are doesn’t usually know for. Though the director is still to speak about its plot, but he was seen giving some hints about the same.

He claimed that the film would be different from the other M Town films and would showcase all together a different subject making it a realistic one. The release date of the film is still to be announced by the filmmaker as the film is still to be complete. The film has been in the media discussion when its first look poster was seen surfacing over the media. The fact of the matter is the filmmaker has been getting good wishes from all including the B Town filmmakers.