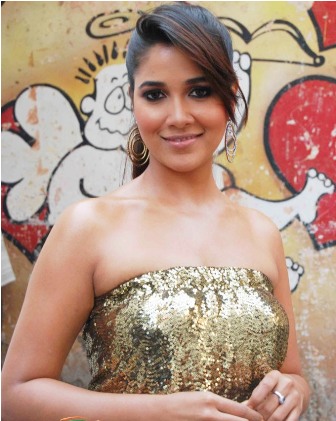 Narayani Shastri is popularaly known for her roles in Hindi Tv serials. In the era of Balaji Productions’ popular soaps, Narayani was one of the known faces. Though she was not as successful as her contemporaries like Smriti Irani and Shweta Tiwari, she made a mark with her performances in serials like KyuKi Saas Bhi KAbhi Bahu Thi and KAhani Saath Pheron Ki. After being a part of many reality shows that included dance shows as well, Narayani is still doing potential role on family dramas.

Born on 16 April, 1978, the 37 year old actress belongs to a family of academicians and is well educated too. She completed her graduation from Symbiosis , Pune. After which she moved to Mumbai for a degree in Law. Her inclination towards acting got her to the Balaji Production house which offered her many potential roles in which she excelled. Staring her career with Kahani Saath Pheroan Ki on DD1 , she went to do serials in the prime slot on popular channels like Star Plus , Zee TV and Sony. She essayed characters of both positive and negative shades which included her roles in · Kkusum on Sony TV , Piya Ka Ghar on Zee TV, Mamta on Zee TV , Ghar Ki Lakshmi Betiyann on Zee TVTwinkle Beauty Parlour on SAB TVand  Namak Haraam.

Narayani’s short stint in Bollywood films consists of her role as Anju in the award winning film Chandni Baar. At presen , Narayani is playing the role of Banvari Devi, a female don in a rural area who runs an illegal business of alcohol. She essays this negative character skillfully. Apart from this, Narayani will soon be playing a lead role in a Marathi film, Ruhn which is all set to release in May 2015.

Narayani’s personal life was also in limelight lately. She and Gaurav Chopra were participants as a couple in the show Nach Baliye. Not long after the show, the couple split and Gaurav appeared on another show with actress Mouni Roy which created lot of surprise. A couple of years bac , Narayani admitted to dating a British National Tony and also stated of having friendly relations with her Gauarav. 37, year old Narayani said in an interview that she does not feel the need to marry and is completely dedicated to her work .