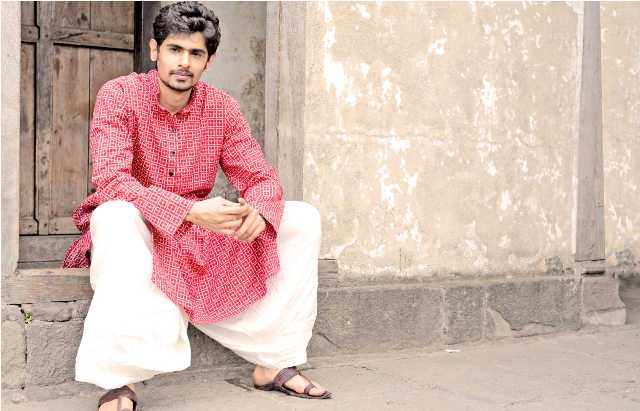 Aroh Welankar was last seen in the film Rege which was his debut film. The youngster has now grabbed a big opportunity in the Swapnil Kumawant and Prasad Bharathdwaj directed film, ‘Whats Up Gyaanba’. As you can guess by the title it is a comedy with Aroh playing a young lad caught up in the trails and difficulties of life. Aroh is excited about this new venture and has set himself in a rigorous fitness regime in order to suit the look required of him in the film.

Aroh Welankar , who was a nervous young actor at the time of the shoot of his first film is now working confidently in his second one. Recently he was reported to have shot a sequence in which he went topless and flaunted his chiseled body. Aroh reportedly worked very hard in the gym to build his body and to flaunt it with ease for the shot. Well, that we know will make the girls go Gaga over him. Also, there are reports that the young actor is working hard for his role in the film. His dedication to the work has impressed the filmmakers and the crew on the sets.

Aroh’s first film Rege had won him great applause and had also attracted the attention of Bollywood stars, with the likes of Deepika Padukone tweeting in praise of the film.