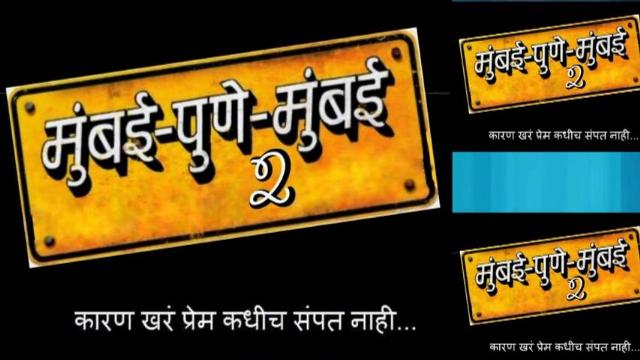 The Marathi movie – Mumbai-Pune-Mumbai -2 directed by Satish Rajwade is all set to release this Diwali, which is on 12th of November 2015. However, the prequel of this film released last year had a low response, which has not stopped the talented director to embark with the sequel. This time the director is smart enough to go with the popular stars of Marathi cinema called Swapnil and Mukta, which can give the chance of making the film a bit better over the box office. The director embarked with its music wherein he launched a couple of songs for the sequel, while the lyrics has come from Spruha Joshi.

Swapnil Joshi on the contrary has given two back to back films in the Marathi world, which include Welcome Zindagi and Mitwa. The latter recorded a huge success in box office, while the couple of Mukta Barve and Swapnil Joshi already have a good chemistry over the onscreen, which can help the director to get a decent grocer over the box office.  The two will be seen together in their another movie called ‘Eka Lagnachi Doosari Goshta’. So, let’s see what explosion the director with the duo lead actors is going to do this Diwali with the film Mumbai-Pune-Mumbai -2.