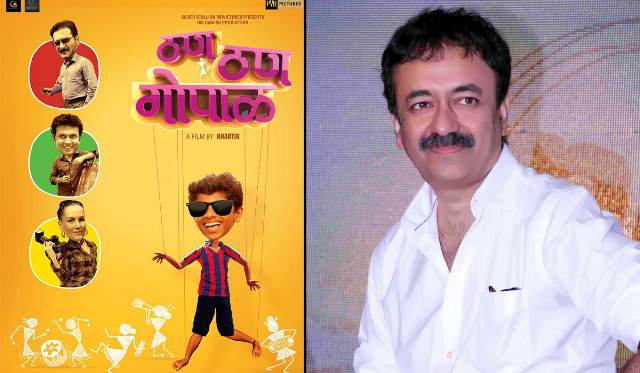 Now, the table seems to be turning for Marathi Movies, which doesn’t really seem to be a new phenomenon. In the recent past, we witnessed Boney Kapoor and Sridevi endorsing for the film Tapaal from Laxman Unhaat. We can also find a number of B Town celebrities coming for the launch of music and trailer for different Marathi movies. Unlike all these examples, the South Indian actor Kartik Shetty’s debut Marathi movie called Than Than Gopal, which seems to have got a god father from Bollywood, who is none other than the veteran director Rajkumar Hirani.

Recently, the trailer of the film was released, which impressed Hirani compelling him to applaud. He also applauded the child actor in the film called Vivek Chabukswar who played the character of a blind boy – Gopal in this movie. The movie revolves around the life of this 11 year old boy who is keep to sustain in this world despite all odd. The director has shown the boy becoming a famous artist, which gives a positive message to the audience. Shankar Mahadeven and Udit Narayan were the two gave voice to two different songs in this film. The film is all set to release on 30th October 2015.