Catch the First Look Poster of Than Than Gopal 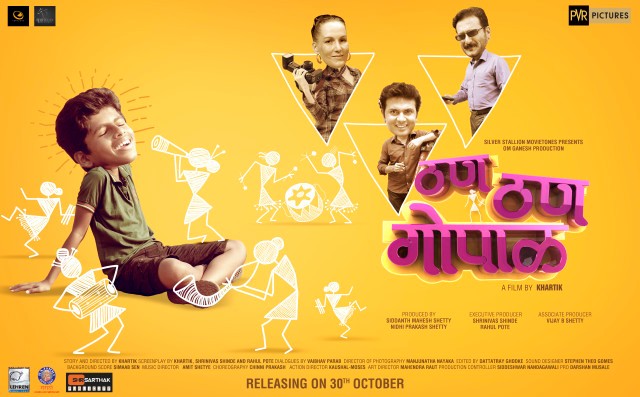 The Marathi movie Than Than Gopal is gearing for its release this October end. The film is directed by Karthik Shetty the South Indian film man, who is releasing his movie on 30th October. The filmmakers have released its first look poster along with its trailer over the social media platform by Pahlaj Nihlani and Vijay Patkar the chairman of Censoe Board in the presence of all the cast and crew of the film.

The story of the movie moves around a pre teen boy who is blind but shares an unusual bond of friendship with Warli Painter. The movie is produced by a slew of other people including Siddhant Shetty, Shrenivas Shinde, Nidhi Shetty, Vijay Shetty and Rahul Pore. The film has stars like Milind Gunaji in the lead roles along with Milind Gavali and the pre teen kid role is played by Vivek Chabukswar along with the German actress called Suzanne Bernert. Let us know how did you find the first look poster as under: