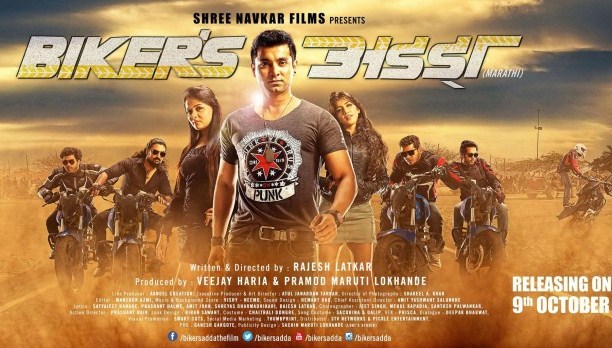 Those expectations which were just grooming around the globe, apart from the critics, the movie finally turned out to be on the floor. Indeed, it’s about the notching attention movie ‘Biker’s Adda’ a smashing Marathi flick that not only dragged ones attention but also created a waves of eagerness inside the hearts of watchers and fans just before its release i.e. with its promos and tracks. Featuring the stunning stars cum bikers i.e. Santosh Juvekar, Prarthana Behere, Shrikant Moghe, Hrishikesh Mandke, Shrikant Wattamwar, Rahulraj Dongare, Nikhil Rajeshirke, Devendra Bhagat, Anirudh Hariip Jai Aditya Giri and the one n only Tanvie Kishore as leading stars. Under the directions of Rajesh Latkar, the movie touch the sliver screens yesterday itself and is rolling around the globe with a sparking collection. Let’s have a brief of that quickly.

Catch the First Look Poster of Than Than Gopal