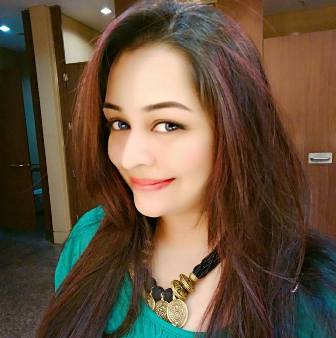 Meghna Erande is an unknown name in M Town working who is known to work in Marathi movies as actor and even dub artist. She was born on 24th April 1981 in Mumbai. She was raised in Mumbai completing her schooling and college from the city of dreams. After completing her education, she headed to pursue her career in the acting world, which she started as a child actor in the year 1989.  It all started working with a regional national channel, program for 10th standard student education guidance show known as Dahavi Diwali in the nineties. In this show, she was among the students who worked as a coordinator of the show.

Meghna Erande dubbing career started for the Hindi dubbing project for the known actress from Canadian called Pamela Anderson for the character of CJ Parker in Baywatch over all the episodes over the seasons wherein she appeared in and several other movies since as for some of the characters in some of the Barbie movies and the other characters like Denise Richard in shows like Wild Things and the role of Angelina Jolie as the senior cop. She has dubbed in all the three languages including Hindi, English and Marathi.

Some of the TV animation shows include Make Way For Noddy, Dexter’s Laboratory, Bob The Builder, Ninja Hatori, Pokemon, Crayon Shin Chan, Chibi Maruko Chan, Perman, etc. Some of the films include Tom Dick and Harry, Wild Things, The Bone Collector, Harry Potter and the Goblet of Fire, Zathura, The Mummy: Tomb of the Dragon Emperor, The Prestige (film), Daredevil (film), Kick-Ass 2 (film) and Lingaa to name a few.