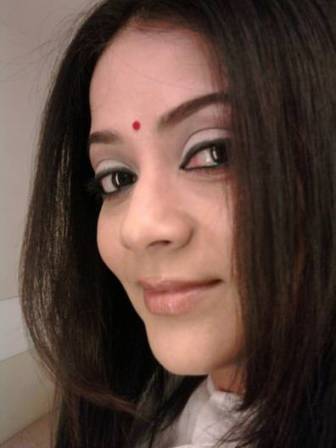 Pallavi Pradhan is a queen of small screen as she has played in a number of TV serials including Marathi, Hindi and Gujaarati. She hails from Pune wherein she was born and brought up. She did her schooling and college from Pune and since her student life, she was active in her career in theatre groups, which she joined in the year 1995 and was among the active people doing a number of plays. And while doing the same, she got the chance to small screen starting with the one called Lipstick. Some of her Hindi TV serials include Kahaani Ghar Ghar Ki, Meri Awaaz Ko Mil Gayi Roshni, Karam Apnaa Apnaa,  soon she got the role of Tulsi in the Balaji Tele films called   “Kyuki Saas Bhi Kabhi Bahu Thi’.

Her attachment with Gujarati theatres in the year 1995 gave her chance to travel even in the overseas locations like Middle East countries, US, UK and other places in Africa. Soon she bagged the role in Marathi movie called Bindaas. Her Hindi movies include Ghar Ek Mandir, Fana and Kuch Na Kaho to name a few. As per the actress, her most memorable role in TV serial included the role of Tulsi from the popular TV serial called Kyuki Saas Bhi Kabhi Bahu Thi, which she bagged on the exit of Smriti Irani from the said show.