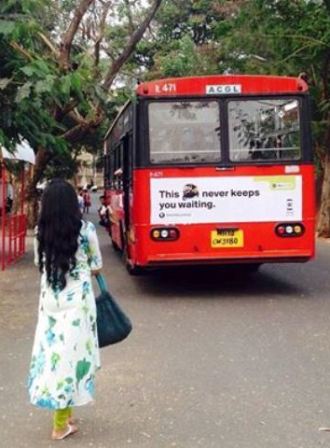 The upcoming Marathi movie Bus Stop is a love story, which is directed by Sameer Joshi while it is produced by the Online Binline famed producer ShreyashJadhav. It has a huge star cast, which include a number of actors like Amruta Khanvilkar, Hemant Dhome, AniketVishwasrao andPoojaSawant in the lead roles, while Siddharth Chandekar, Rasika Sunil, Madhura Deshpande, Suyog Gore and Akshay Waghmare along with veteran actors like Avinash Narkar, Sanjay Mone, Sharad Ponkshe, Udat Tikekar & Vidyadhar Joshi are seen in the supporting roles. The film is light in subject and would certainly going to entertain the audience claim the director.

The shooting of the film is done and it is in the post production mode, which means soon one can find the makers of Bus Stop would embark with its promotion. The film is produced under the banner of Ganraj Associates and Saarathi Entertainment. The film is likely to have one of the best photography, thanks to the presence of the award winning cinematographer called AbhijitAbde. The director of the film is seen taking a number of roles in it, which include the script and story from Sameer Joshi itself. Stay tuned to catch the latest news about Bus Stop and other Marathi movies here.