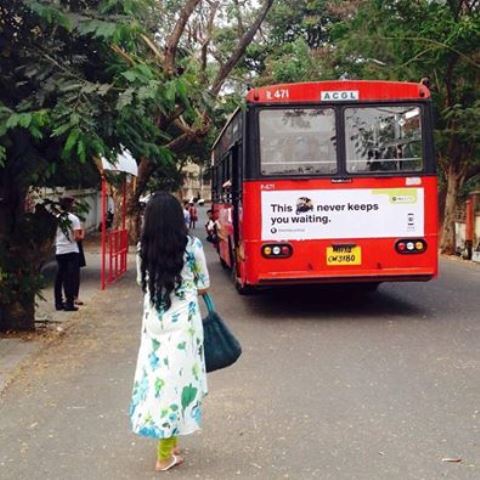 The M Town seems to be adding up with cool movies now. Some of these films have the base of young actors including movies like Classmates and Duniyadari. You have young producers taking initiative in M Town with films like Online Binline, who seems to be back with another called Bus Stop. This time the young producer has embarked with a huge team of actors in his upcoming film Bus Stop. These include the actors like Amruta Khanvilkar, Hemant Dhome, Aniket Vishwasrao, Pooja Sawant, Siddharth Chandekar, Rasika Sunil, Madhura Deshpande, Suyog Gore and Akshay Waghmare along with veteran actors like Avinash Narkar, Sanjay Mone, Sharad Ponkshe, Udat Tikekar & Vidyadhar Joshi.

Bus Stop is directed by the man called Sameer Hemant Joshi, which is being is co-produced by Poonam Shende, Aasu Nihalani and Gajendra Patil. The shooting of this movie is complete and now it has reached in its post-production stage. The photography of the film is carried out the talented photographer called Abhijit Abde. Yes the same man who has won the national award. The Music of the film is composed by the team of Jasraj, Hrishikesh & Saurabh. You can find the film releasing soon in few months as it completes and enters in the promotion mode.