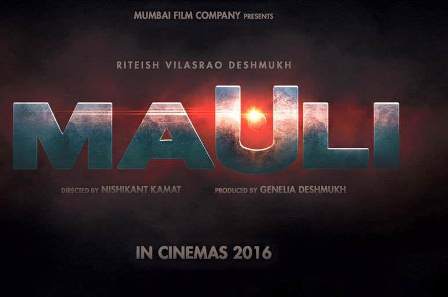 Riteish Deshmukh starrer Mauli is all set to hit the screens next year. Mauli is directed by Nishaant Kamat and is being produced by none other than Riteish Deshmukh’s beloved second half, Genelia Deshmukh. It has been shot in the studio of Mumbai Film Company. Riteish Deshmukh needs no introduction and he has entertained the Indian audience by gifting a wide variety of movies. His movies have ranged from comedy to action and from romance to thrill. This shift to the Marathi industry is bound to be highly appreciated and welcomed by the audiences.

He had received fame from Marathi movies like Balak Palak and Lal Bhaari (his debut in Marathi film industry) and now its turn to make Mauli a great blockbuster. The first look of the film was shared by the actor on a popular social media platform.

The content and plots are yet to be shared by the production teams but major Bollywood personalities like Karan Johar has tweeted Mauli to be huge. Along with Deshmukh, remarkable actors like Tanvi Azmi, Radhika Apte and Sharad Kelkar are also known to be part of this film. Some of the movie buffs are speculating it to be a sequel to the blockbuster Lal Bhaari but it is yet to be confirmed by the cast itself.

Mauli is a film worth of waiting and sure to make the audience awestruck with the brilliant performance of Riteish Deshmukh. So, all you movie buffs don’t forget to add Mauli in your list of movies to watch in the coming year.