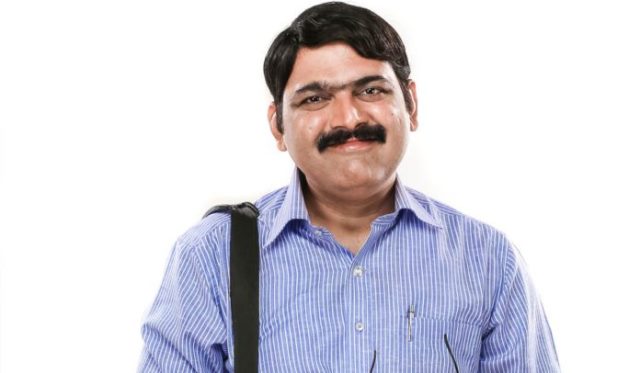 Makarand Anaspure in is a popular actor of M Town and small screen and known for his specially designed rural style characters. As per the recent buzz, he will be soon playing the character of a government officer in his upcoming movie called Nagpur Adhiveshan Ek Sahal which happens to be a political satire. The movie will play the character with a great humor apart from dealing with the same. The movie is made under the banner of Vidarbha Pictures and it is produced by Anil Keshavrao Jalamkar.

The actor is seen playing the government officer in a common man’s role who is seen under pressure of the system. His name in this film is Sanjay Salunkhe while he is supposed to take care of the upper level officers in the film while the winter session takes place in Nagpur. The film is seen with two songs in it that showcases the plight of Indian politics whereas the stalwarts are seen having good time. This film will hit on 9th December and has an interesting star cast including Makarand Anaspure, Ajinkya Dev, Mohan Joshi, Bharat Ganashpure, Chetan Dalvi, Amol Tale, Sankarshan Karhade, Vinit Bhonde, Deepali Jagtap & Sneha Chavan in the leading the supporting roles.