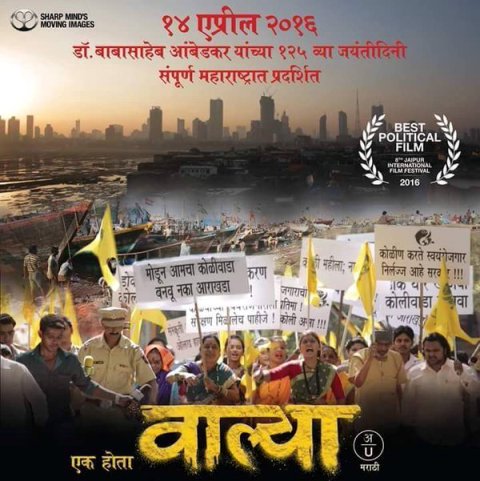 Although there many films releasing recently based on education and teenagers, it has been long since we saw a good children’s movie. It is important that we have children’s movies so that there is a separate genre for our young one’s entertainment. But unfortunately there are not many bollywood film makers who venture into this. But Marathi cinema of course makes sure that it keeps experimenting with new subjects. Valya to Valmiki is one such successful experiment that is now in news for its awards.

Valya to Valmiki is an off beat film which is now in news as it received many awards at the Ambarnath Film festival. As the film was showcased among others, it received high praises and also bagged awards. Now the makers are planning theatrical release of the film.

Valya to Valmiki is a story of a young boy who struggles with the odds in his life to attain success. This is an inspirational film with good message for children. At Ambarnath Film festival, it received the Best Children’s film award and now the makers are looking forward to it’s theatrical release.