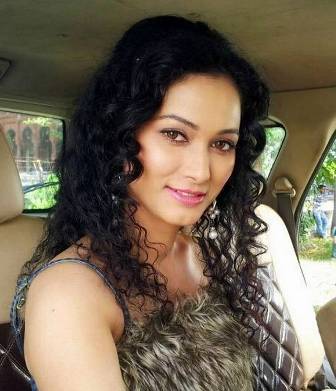 Neetha Shetty is familiar to Hindi audience through serials and films. Now the pretty curl haired actress is making her entry into Marathi cinema with the movie Fugay. Neetha will be playing one of the lead female actresses. The other prominent actress is Prarthana Behere. Fugay is mostly known for it’s lead male actors Subhod Bhave and Swapnil Joshi. The film is directed by Swapna Joshi. Neetha will be seen playing a key role in this film that deals with the life of two best friends.

Neetha , born on 20 July 1986, hails from Delhi. She was born and brought up in Delhi. After her schooling , she moved to Mumbai to pursue her career in acting. Neetha was a model with many advertisements and music videos to her credit. She was also seen on music channels like MTV and Channel V. Later she got many opportunities to act in TV serials which she grabbed quickly.

In many of the above serials, Neetha has played lead roles and impressed the family audience. She has a personality that is a blend of modern style and family values. No wonder she has been bagging great roles in all roles. Neetha also had good presentation and anchoring skills.

Neetha has acted in Bollywood movies too. In the film No Entry, she played the role of Celina Jaitley’s friend. In the year 2016, she bagged a key role in the film Saansein which is slated to release in November.

Now Neetha will be seen in Marathi movie Fugay. It is ready for release in December this year.