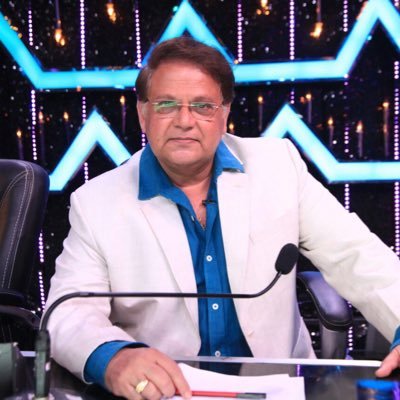 MAHESH KOTHARE is a very popular name in MARATHI film industry. His contribution towards Marathi film industry has been a great contribution as a actor, director, and producer in both HINDI and Marathi movies.

This public figure was born in 28th of September in 1953. He has worked from his young age in INDIAN cinema in well known movies as “RAJA AUR RUNK”,”CHOTA BHAI”,”MERE LAAL”, and “GHARGHAR KI KAHANI”. He himself is very popular for his song TU KITNI ACHI HAI TU KITI BJOLI HAI O MERI MAA” from the movie “RAJA AUR RUNK” gave him a good name and fame and represented him as MASTER MAHESH .

He began his directional career with the movie “DHUMDHADKA” in 1985 and has given many box office hit movies to the movie industry over a period of 20 years leading with many actors and producer. His movies are basically based on the fantasy concepts and he is one of the film maker who has successfully made many fantasy genre movies in his career. One of his biggest achievement is he made the first Marathi movie in 3d which was named as “ZAPTELA 2, a box office hit movie which was released on 7th of JUNE 2013.The turning point of him was in the mid of 1980s when KOTHARE and the young actor named SACHIN PILGAONKAR both directed movies at a time. PILGAONKAR directed the movie “ NAVRI MILE NAVRYALA” in the time KOTHARE directed the movie “DHUMDHADKA”.

The main attraction in the movie was the young audience appreciated the movie making style and they enjoyed the content of the movie. KOTHARE punched some comedy scene to the movie which was Strongly appreciated by the young generation. He himself also released the movie “DHADAKEBAAZ” the first Marathi movie which was shot in cinema scope and brought a big contribution to the Marathi film industry. The main attraction was DOLBY digital sound to the Marathi cinema with the help of the movie “CHIMNI PAKHRA” . Another attraction was the movie “PACHADLELA” which was released in 2004 and which was the first Marathi film with computer generated effects. KOTHARE was a backbone of Marathi movies as he gave many contribution and made a lot of improvements towards it. He was the first film maker to produce science-fiction films.