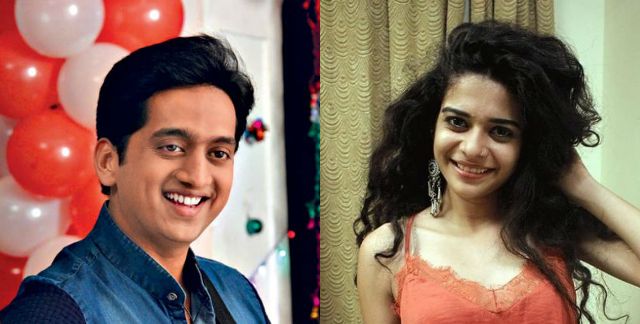 Amey Wagh and Mithila Palkar are the new couple in Marathi film industry. The two actors who were previously rumored to be more than just friends have now decided to spill the beans on their relationship status. The actor Amey has posted a pic of the two on social media site on Valentines’ Day indicating that the two are officially dating each other. Amey is an actor and anchor in Marathi films and television shows and is very popular for his looks dude attitude. Mithila on the other hand is well known for her you tube video such as coup song and web series Girl in the City. So the M-Town has a new couple brewing with love.

Well , if you think the pic was a romantic one, wait. It is an interesting pic of the two sipping a cutting chai in Mumbai. Only the eyes of the two stars are visible and they surely look adorable. And the caption the actor gave is so adorable. It reads : Finally.. My Valentine. Well.. need we say more.

Amey is presently hosting the show 2 Mad and the comedy talk show Chal Hawa Yevu Dya.  He is known for his work in the films Shutter and Aiyya.

Amruta Fadnavis to walk the ramp with Acid attack Victors