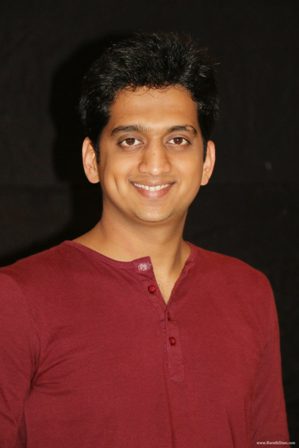 Amey Wagh is a well-known name in Marathi TV world. He was born on 13th November 1987 in Pune wherein he was brought up. He did his schooling from Crescent High School and later went to BMCC College to finish his graduation. During his student life, he was very much keen to work hence was seen attached to theatres and also appeared as a child artist in a Marahti movie. After his studies, he focused in his acting career and with a bit of struggle he got a break in small screen for Marathi TV serials.  Some of his plays in Pune include Purshottam Karandak, Dalan, Gele Ekvees Varsha, Sangit Maan Apman, Katyar Kaljat Ghusli and Nat Samrat and worked for theatre groups like Asakta and Samanya.

Amey Wagh also worked in an English theatre called Bombay and The Government Inspector. His hard work and good performance in theatres has led him to win the Vinod Doshi Fellowship, which is awarded to aspiring and young actors who has contributed in theatres. He did Dil Dosti Duniyadari, which made him popular in the media. This followed him a show called Mrs Anna Purna wherein he played the part of a host in the TV show. Soon he got the chance to work in films starting with Billu and then he got Shutter. Some of the Marathi movies include Popat, Ghanta, Yashvanti, Agni Divya and Joshi ki Kamble. As far as her personal life is concerned, he is still to marry and is currently working with a serial called Casting Couch.