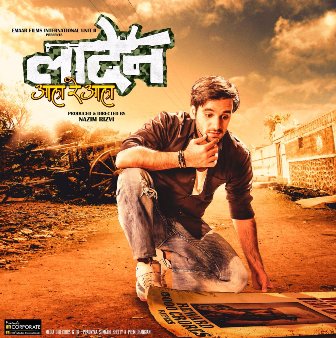 The M Town seems to be reigning with one movie or the other and this certainly include the one called Laden Ala Re Aala. The film is a comedy and drama film, which is produced and directed by Nazim Rizvi, which is produced under the banner of Emmar Films International Unit II. The film has Aarti Sapkal and Azim in the lead roles, while the music comes from Prakash Prabhakar while the lyrics is being jotted down by Prakash Prabhakar. The background singers of the film include Aanand Shinde and KavitaNikam.

The film has a drama in it which is dealt with humor elements in it. The film uses Usama like a satire in the film, however, the makers of the film are yet to disclose the idea of the same. We need to wait a bit more in order to get the gist of the same. So, keep on checking with the site in order to get the crux of this film and other things. Though the makers are yet to announce the release date of the film, however as per reports, the film is likely to hit the theatres soon. The initial promos and posters of the films are getting a decent response, let’s see how things move when the film finally hits the theatre