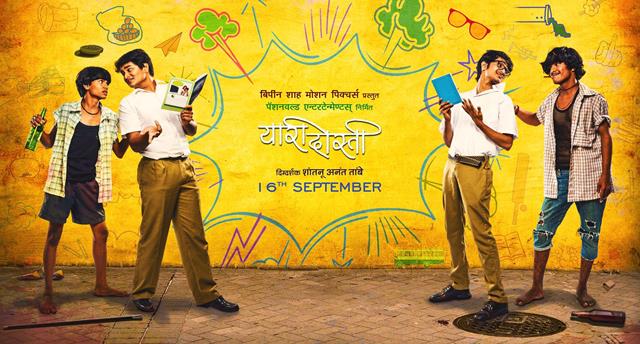 As the days of release of the Marathi movie – Yaari Dosti is coming close, the makers of the movie seems to be active in the media. With releasing a couple of posters earlier, the makers now have embarked with a brand new poster of the film. The movie is a social drama which showcases the modern day ideas of adolescence and their vision in the true friendship & the life.

The film is directed and written by Shantanu Anant Tambe, while the film was supposed to release earlier next month but has been postponed by September the 16th. The film has  an interesting star cast with talented pool of actors in it including the Hansraj Jagtap and ‘Majhi Shala’ fame Akash Waghmode who happens to be a national award winner. The makers have also released the teaser poster earlier and now this poster. Let’s check them out as under and don’t forget to revert with the comments on the same.