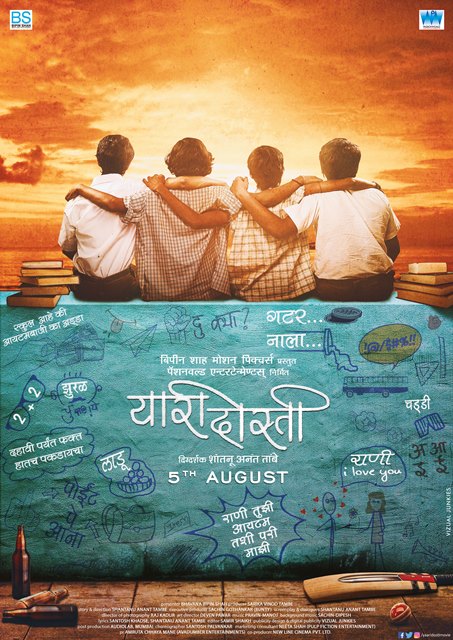 Marathi films over the years have achieved its own status as regional cinema, known for its strong and dramatic content. Lately a lot of diverse subject on teens with fresh faces has been appreciated by the Marathi movie buffs. Extending this trend, Yaari Dosti comes with a fresh story depicting today’s adolescence and their vision towards true friendship and life. Written and directed by Shantanu Anant Tambe, Yaari Dosti is all set to release on August 5, 2016. Incidentally, the recently launched movie teaser poster clearly expresses the bonding between the friends and simultaneously creating the excitement with hidden faces.