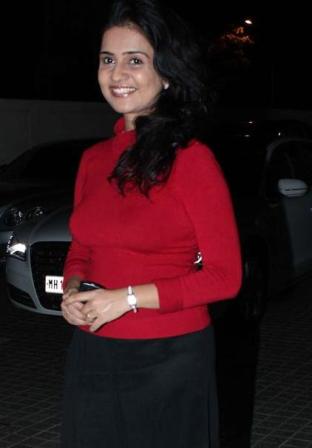 Shashwati Pimplikar is a popular actress of Marathi TV shows and Marathi movies. She hails from Pune wherein she was born and brought up. She did her schooling from Rosary High School followed by her graduation from the known college called Fergusson College Pune. All the years in college and school, she remained very much active in cultural activities giving her enough opportunity to decide to make her career in the acting world. So, when she completed her education, she simply headed to Mumbai the city of dreams to pursue her dreams of acting.

Soon with a bit of struggle she got the chance to enter the small screen world. She was seen working in BalakPalak that made her debut in Marathi movie. She played the character called Dolly in this movie, which dealt with the issue of sex education and its implications on the life of children. Later she was seen doing another movie called Headline, which explores the influence of social media and modern day technology on youth. She also acted in a small screen TV show called ShejariShejariPakkeShejari wherein she played the character of Ruby. She is very much single and not dating anyone as she is keen to focus on her career.