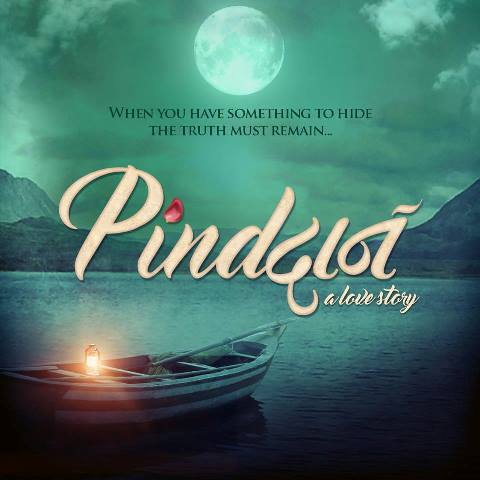 This week, the M Town has a solo release, which comes in the form of Pindadaan. The film is directed by Prashant Patil, while it is produced under the banner of Uday Pictures in association with Saarrthi Entertainment. The movie has Siddharth Chandekar, Manava Naik, Paula Mcglynn, Madhav Abhyankar and Sanjay Kulkarni in the lead roles. The film is a drama, which has the music from Sagar Dhote, whereas the lyrics have been jotted down by Vaibhav Joshi and Mandar Cholkar whereas the director of photography is carried out by Bunty Desphande. Time to have a look at the film and its crux as under:

Plot
The film is at the backdrop of London wherein Ashutosh played by Siddharth Chandekar who is a documentary filmmaker and works in a British Channel wherein his colleague Ruhi played by Manava Naik is in love with him. Though Ashutosh doesn’t love her yet they get intimate, which is eventually complicates their non-existent relationship. Soon, Ashutosh had to rush to India for the post death rituals of his late grandmother and Channels sniffs a story in it and ask him to make a documentary on this ritual. On his quest to make the same, he meets a godman Rudrababa who informs a lot about the rituals and the very same time he comes across a British lady who is fluent in Marathi and is well versed with the rituals, which impresses Ashutosh, so, what happens next is interesting to explore.

Review
The M Town this year started with a bang with films like Natyasamrat and soon came Sairaat, however, since then its been a vacuum in getting good movies. Unfortunately the film Pindadaan from Prashant Patil is among the similar average performing film. There are many flaws in the film at various levels, which seemed hurting the audience. Speaking broadly, the film has no sense made in the messiest way keeping the traditional things in it. You barely find any character development in it, no sense purpose and the story with no logic that makes you wonder as to why you should catch this film. While watching the movie, soon you end up seeing it becoming predictable

Soon you find the movie unnecessarily stretching the idea of willing suspension of disbelief of the breaking point of the film. it is inevitable to see the audience will be needing to have loads of faith in the makers of the film and give them liberty and flexibility, however, here you can barely find any logic in any of the sequence. For instance, all stays in the hotel but never meet without having any hotel staff in it. It is hard to get any tangible explanation from the behavior of Anna in the film. And talking about the documentary shooting in the film is really amazing in itself, wherein there is no research no formalities and other things, which are important for making a documentary. So you get a documentary without having any crew members and other resources you need to make the same.

Now, talking about performances, invariably all the actors are seen with flawed, the director has simply failed to utilize their potential well over the silver screen. similar is the story with the other aspects of the film, be it editing, screenplay or any other thing like music and direction, every aspects seems to have gone flawed over the silver screen and forget about the number of factual errors seen in the film as to how a British Channel suddenly becomes interested in making a documentary of something, which is least relevant to them and many more similar things that make a mess of the movie.

Pindadaan Last Word
The film is all about the wasting a number of resources both man and material and giving a film, which has no entertainment value, message of crux to appease the audience. Together with all these flaws you end up making film getting, which actually torchers the audience forget about entertaining them. This brings up to give us a low rating for Pindadadaan.
Rating -1.5