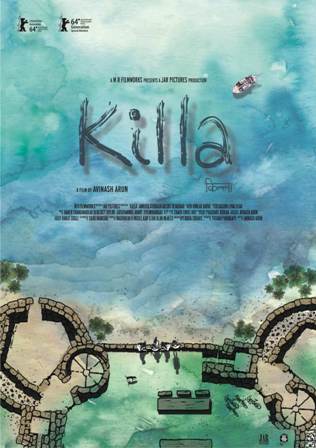 A proud recipient of the Crystal Bear Award by the Children’s Jury at the 64th Berlin International Film Festival, Killa is a lovely movie based on the life of an 11-year old boy. Set to release on June 26, 2015; it has already garnered praise at the 62ndNational Film Awards where it was awarded the best feature film in Marathi.

Starring ParthBhalerao, known for his commendable performance in Bhootnath Returns, the movie tells the story of a young boy who is coming to terms with the death of his father. His mother has been transferred to a new place and the alien land scares him all the more as he has no friends to keep company. The personal loss and the aloofness together seek to wreak havoc but the determined Bandya struggles to make things work in his favor.

A sensitive portrayal of an equally sensitive subject, the movie is a treat for families. A sweet and simple story has been told in a profound manner by the director Avinash Arun. The supporting cast of Archit Deodhar, Gaurish Gawade and Atharva Upasni has done their job with great sincerity and the result is evident in the form of a fabulous tale that will not only inspire but also enlighten you.

So, do not forget to book your tickets for 26 June. A worthy contender for you money and time, it will leave a trail of sweet memories in your mind and heart. Either you go with your family or alone, you will get wholesome entertainment.