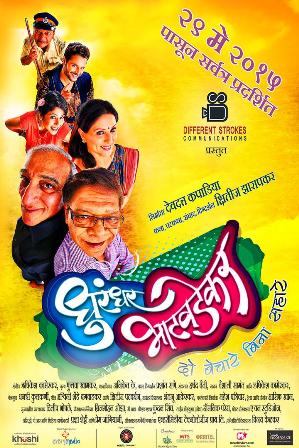 Slated to release on 29 May, 2015, Dhurandhar Bhatawdekar is a people-centric movie which deals with the personality differences between people. Directed by Kshitij Zarapakr and produced by Dr. Devdatt Kapadia, it has prominent actors like Mohan Joshi, Mohan Agashe and Kishori Shahane in the lead roles.

The story is set up in a five star colony of senior citizens. The likeable and irritable elders have their own quirks and specialties. How they deal with everyday situations in isolation and in togetherness forms the crux of the story. The sub plot also revolves around the coming together of two people, coming from two different schools of thought and thus, having entirely different personalities from each other.

The confrontations and conversations between the two produce comical situations, bringing out laughter and fun in good deal. It is a feel-good movie with an enlightening touch that will leave you with ample food for thought. You will be definitely propelled to think of your own quirks, defects and fetishes. A coming of age drama with powerful performances, it has everything to make you smile.

Dhurandhar Bhatawdekar is a sweet comedy with a different set of characters. This story of elderly people comes out as a whiff of fresh air and is a much-needed break from the comedy films that are mostly centered on young couples, families and regular social drama. If you want some new dish on your platter, book your tickets in advance.

29 May is going to make your day. Dhurandhar Bhatawdekar will win your hearts, for sure.