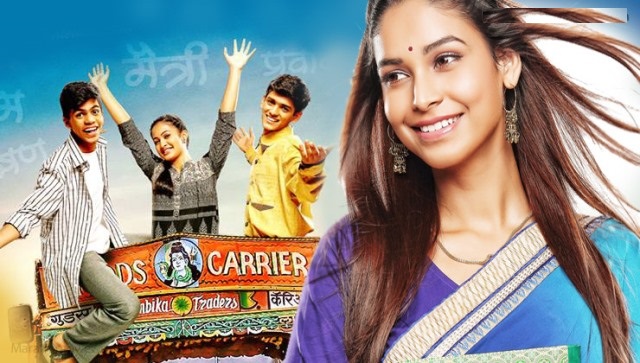 Although the film had meager promotions and no star attraction to bank its box office success on, the film looks refreshing with its new faces. Kaul Manacha will be releasing in theatres this week with Jalsa and Nivdung.

While Jalsa is the highly promoted film among the three, Nivdung and Kaul Manacha will be attracting the audience solely for the merit of story. Jalsa is getting high popularity with the song Bai Vadyavar yaa in which Manasi Naik gives a scintillating dance performance. The presence of veteran comedy actor Bharat Ganeshpure is also a plus for Jalsa.

Kaul Manache had the presence of Bollywood actress Sonali Bendre on its Muhurat Ceremony.

Amruta Patki and Rajesh Shringarpure are playing the lead couples. Amruta Patki has won the title of Miss India recently. The movie has popular song Manmanjiri sung by Shreya Goshal. Tik Tok and Niyatishi are other songs of the movie. It is directed by Bheemrao Mude and the producer is Rajesh Patil.