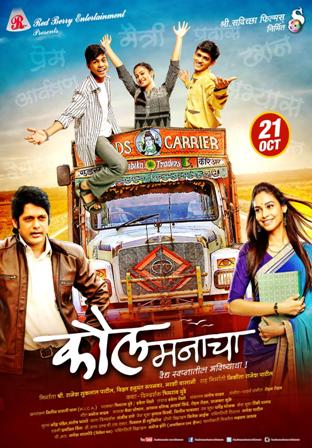 The M Town is not short of movies now, though we do not see every Friday being blocked by Marathi cinema but every month a sizeable amount of releases can be witnessed. One of the movies, which is releasing in M Town is the one called Kaun Manacha. The film is directed and written by Bhimrao Mude, while it is produced by a slew of producers including Rajesh Sooklal Patil, Vitthal Hanumant Rupanvar and Narshi Vasani under the banner of Red Berry Entertainment. The film happens to be a 130 minute runtime while the film has an interesting star cast, which includes Amruta Patki, Rajesh Shringarpure, Sameer Dharmadhikari and Vijay Gokhale in the lead roles.

While Vijay Chavhan, Jaywant Wadkar, kamlesh Sawant, Shweta Pendse, Maushumi Tondwalkar and Varsha Dandale are seen in the supporting and other roles in the film. The film revolves around the education and the way the lead star deals with the same. This is the reason why the actress Sonali Patil was seen taking up science classes in real school just to promote her upcoming that makes her comeback in M Town.

The film is releasing on 21st October 2016, while the promos released for the film have been getting a decent response in the media. Stay tuned to get more about the movie and other M Town films.

Shirpa, Based on Superstitious Practices, to Release on October 14