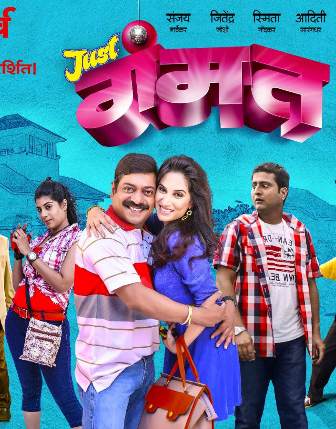 Just Gammat is an upcoming Marathi movie that is anticipated to be released very soon. Rahul Roy had recently launched the movie’s music. It is a comedy movie that has been directed by Sharad Kumar Shrivastava. The producer is Seema Shrivastav and the banner under which the movie has been produced is Silver Screen Entertainment. Music launch of the movie was held recently on 17th February 2015. It was held at Hotel Kohinoor, Prabhadevi.

There are in total four songs that are introduced in the film and have been composed by Nitin Kr. Gupta. Mandar Cholkar composed the song “Tujhya Vina Sune-Sune” and it was Swapnil Bandokar who had sung it. Sunidhi Chauhan had composed the item song Francis Bewda Bewda and was picturized upon Heena Panchal, the item girl.

Just Gammat’s title song has been composed by Deepak Angevar and figures two times within the movie. Therefore, Avdhoot Gupte is said to have crooned both numbers, but in different styles.

The DOP of the movie is Samla Bhaskar, while the sound designer is Anil Nikam.