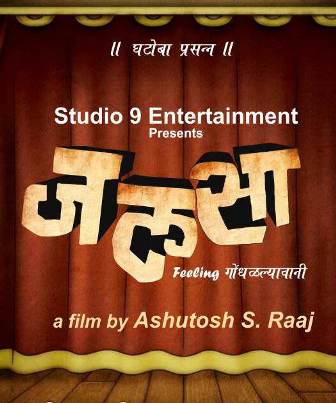 The upcoming Marathi movie called Jalsa is drama movie, which is produced and directed by Ashutosh Raaj and is produced under the banner called Studio 9 Entertainment. The film has an interesting star cast including Bharat Ganeshpure, Sagar Karande, Abhijeet Chavan, Arun Kadam, Nikhil Wairagar, Ashutosh S Raaj, and Girija Joshi who would be seen in the lead and supporting roles.

The lyrics are jotted down by the director itself and music is composed by Samir Saptiskar. The film’s story is penned down by Abhiram Bhadkamkar while the film is hitting the theatres soon though the releasing date is still to be declared.

Talking about the plot of the film, it is about two youngster called Amar Khune Patil and Prem Chorte Patil who are very much passionate about movies and theatre and have a desire to revive the old classic drama. The film reveals about the hurdles and chaos they face while pursuing their dreams.

As per the makers of the film, Jalsa would offer a complete entertainment package to the audience. The film has an interesting star cast, which according to the director have given their best to make people entertained. Well, you stay tuned to get the best about this film and others in M Town.