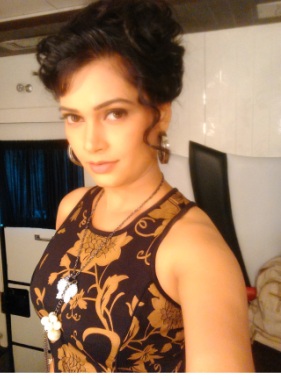 Hemlata Bane is among the known faces of Marathi Cinema. She hails from Mumbai wherein she was born on 4th June 1989 and brought up in the same city as well. She did her education from Mumbai doing her schooling and college from her home city and since her school and college days, she was active in cultural activities and events. She got her break from small screen with a TV series called Zhunj Marathmoli aired at ETV Marathi, which was followed by another called Manacha Mujra. She then got the chance to do a couple of item songs for films and stage shows considering the fact she is a trained dancer.

She then got the chance to act in a couple of Marathi movies, which include Satya Savitree ani Satyawan in 2012, the very same year she had the movie called Lau Ka Lath and for the films like Saheb and Chirgut she was in special appearance. As far as her recent films are concerned, she was seen in a Marathi film called Carry on Deshpande, which is a comedy film released in December 2015 wherein she played the character of the wife of main lead in the film. Apart from acting and dancing, she is also producer of Lawani Banner called Gulnar. As far as her personal life is concerned, she is still single and dating no one.