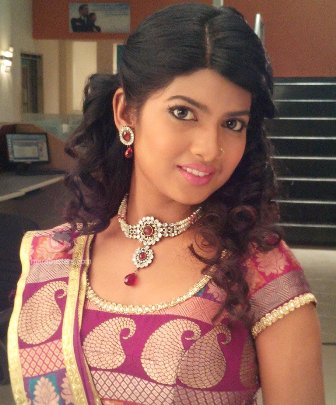 Dhanashri Kadgaonkar plays the role of Vahini in Tujhat Jeev Rangala on Zee Marathi. The serial starring Hardik Joshi and Akshaya Deodhar in lead roles is getting highly popular on the channel. Dhanashree has previously acted in other Marathi shows. She hails from Pune and has completed her masters in management before entering the cine industry through a reality show.

Besides being a talented actress, Dhanashree was also a sincere student. She was born on 6 April 1988 in Pune. She had her schooling and higher education completed in the city while she actively participated in cultural activities like dance and dramas. She pursued her masters in management from Pune University. At the same time she participated in the reality talent hunt show, Maharashtrachya Superstar. Although she had acted in a few dramas, this show gave her the much awaited platform to show case her talent. Dhanashree was reckoned as a talented actress with the show and many offers for Marathi serials followed this.