Court- Marathi Film Gets an Oscar Entry from India 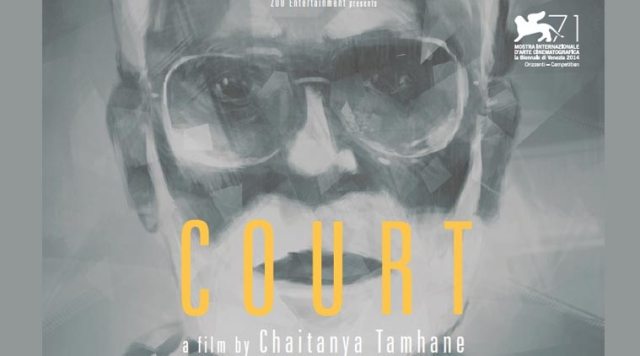 Believe it or not but this time any film from India to be nominated in Oscars is none other than a Marathi film called Court. Beating all the big budget movies from Bollywood and South Indian Film Industry, Court from the debutant director called Chaitanya Tamhane who has got the privilege of getting him film into Oscars under the Best Foreign Film category at the Academy Awards. The director is currently in Japan and he took all opportunity to express his surprise and happiness on Twitter wherein he said he was truly amazed to find his film reaching that height.

The film Court has won this status after screening of 40 different films in Hyderabad, which deals with the dysfunctional judicial system wherein cases are dragged for years and decades and the accused impatiently wait to get the judgement. Though the filmmakers have the expectation low to this 3.5 crore budget film, yet it has helped them to get the laurels from the critics and the audience.

The film has a socially pertinent storyline apart from having a number of charged courtroom sequences with powerful dialogues and strong cast, which has simply impressed the jury. The actors in the film include Vira Sathidar, Geetnajali Kulkarni, Vivek Gomber, Usha Bane, Shrirish Pawar, etc. the film was made in Marathi, Hindi, Gujarati and English. Court has won been getting applauds both at the domestic and global market, which include 17 in total awards.

These include Mosiac International South Asian Film Festival Award for best cinematography and best film, the best film award in Indian film festival, Stuttgart, to name a few. The director has taken lots of pain while scripting the story, which include attending a number of court trials, reading a number of book on Indian judicial system from authors like Fali Nariman, etc. With bigwig movies like PK, Bajrangi Bhaijaan and Bahubali in the competition, Court managed to beat them to get its nominations in Oscars.